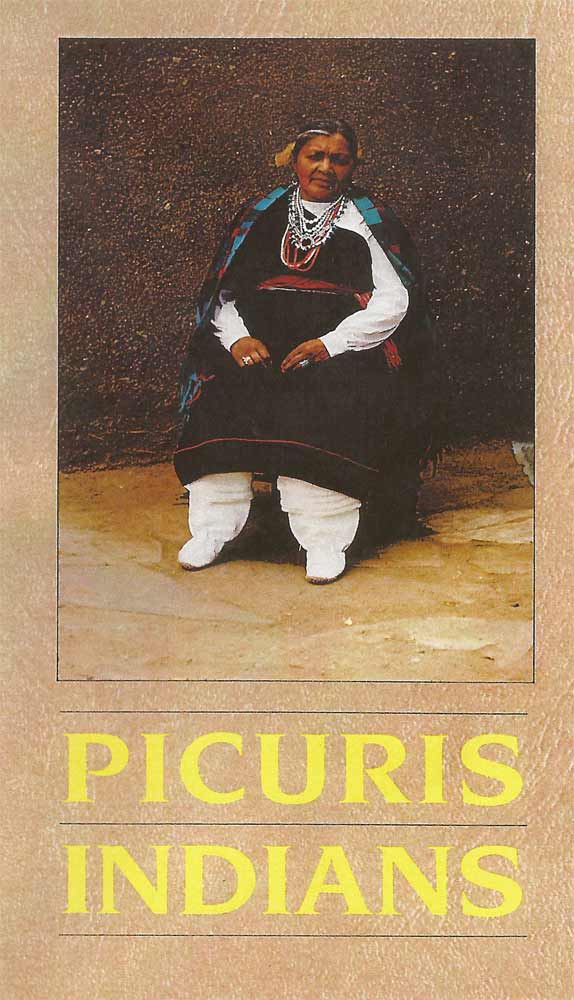 “This videograph is a glimpse of some of the most intimate, unrehearsed moments of the Picuris Indian people at the site of their ancient pueblo hidden in a ‘Shangri-La’ setting in a high mountain valley in the Picuris Mountains of north central New Mexico. The mountains were named by the Spanish after this Indian tribe who occupied them. The people refer to themselves as the ‘people of the hidden valley.’ They speak an ancient language called Tiwa.

The village, occupied continuously for almost 800 years, consisted in early historic times of three great apartment buildings, recorded by the Spanish as being seven to nine stories hight, the tallest recorded by any Spanish in the Southwest. They were occupied by 3000 Picuris who today number less than 300 people.

The fact that Picuris Pueblo was not discovered by three early Spanish expeditions into the Rio Grande Valley remains an enigma to historians. The Picuris were finally, to their chagrin, discovered by Gaspar Castaño de Sosa on a freezing winter day (January 13), 1591. Having heard of prior Spanish treachery, the Picuris would not let him enter any of their buildings, driving him away with hurled stones.

The scenes in this videograph are not the usual dances viewed by tourists. These are dances and drum choruses performed in the vicinity of their sacred ceremonial room, the kiva, when few outsiders are around. The dances are done for the people in all their sacredness and enjoyment. In making this videograph the Picuris role was not a passive one as they guided the photographers to photograph important aspects of the ceremonies for future generation preservation.

This artful videograph is the result of hundreds of hours of recording over a period of five years. There is a special dividend for the viewer with a discussion of the 1776 Picuris adobe church, church construction, and the role of Catholicism by Harold Joe Waldrum, one of the foremost protectors and painters of ancient churches in New Mexico.”