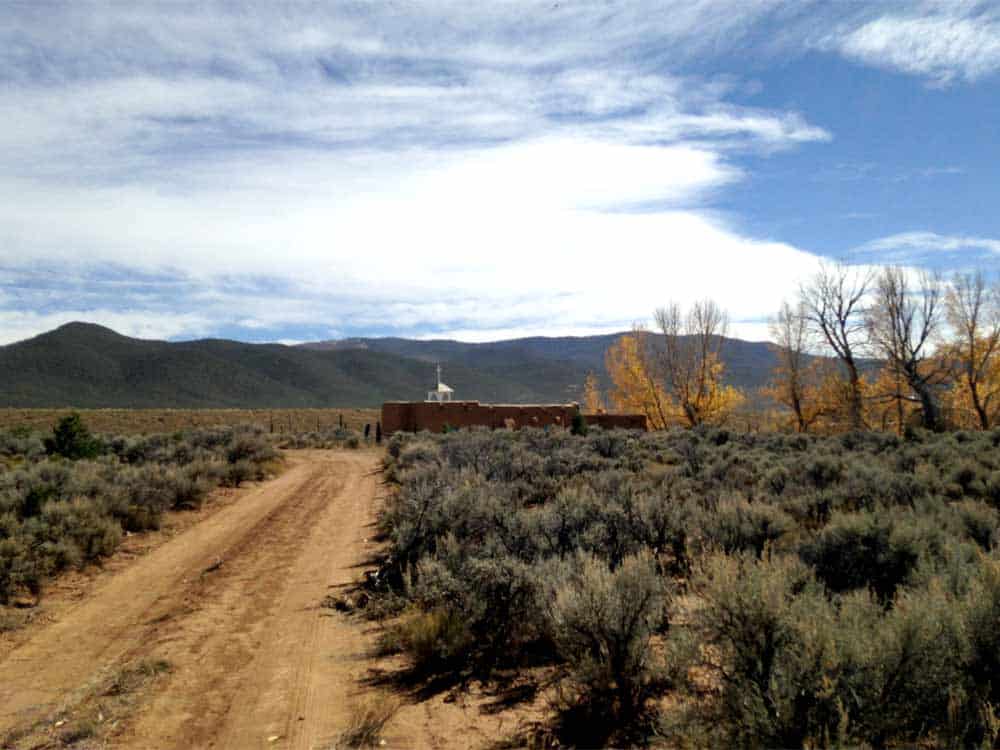 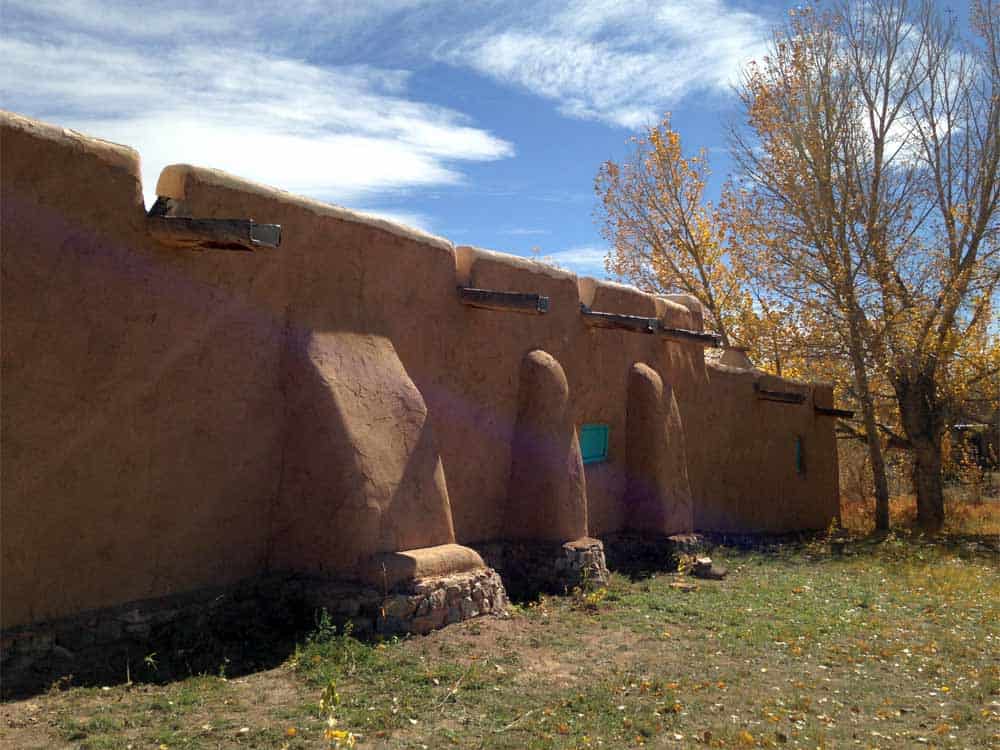 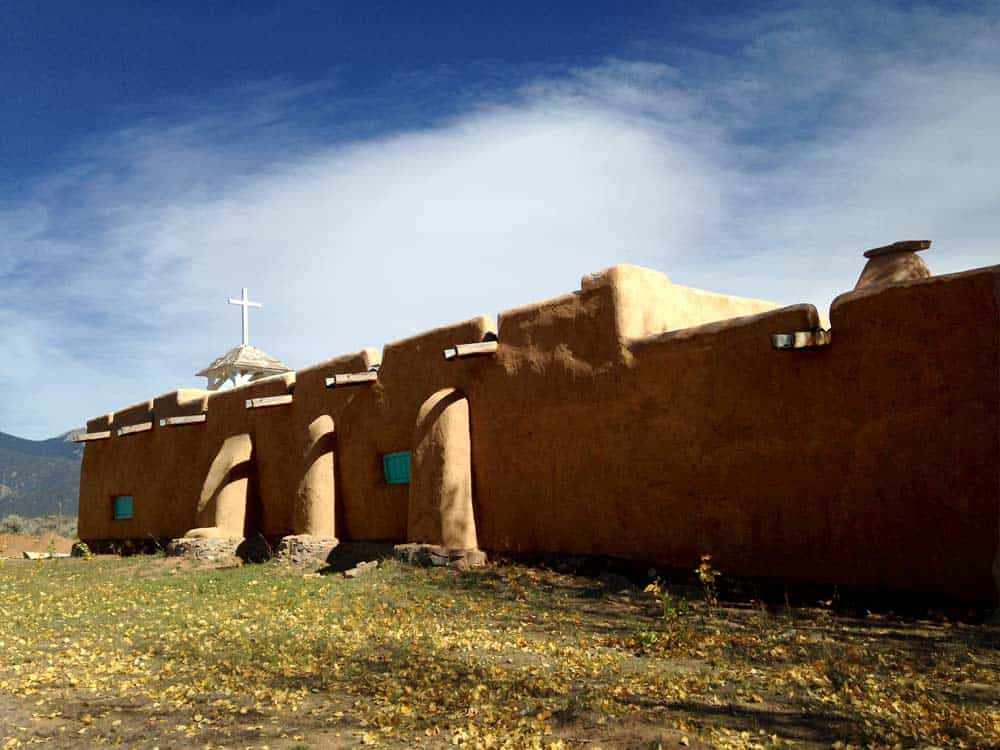 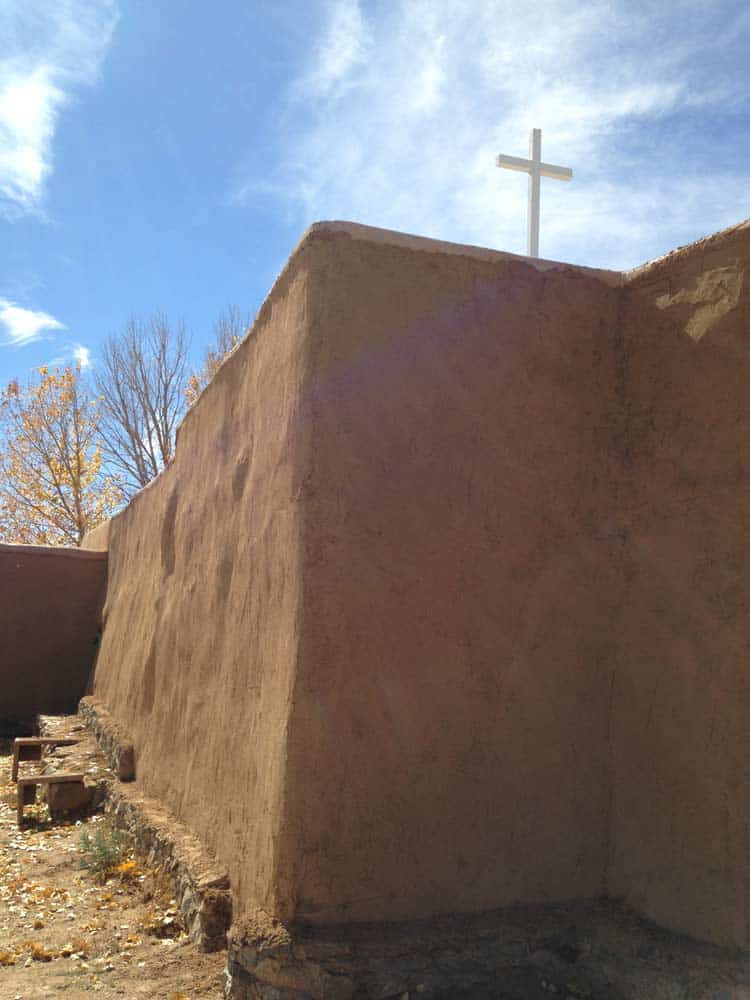 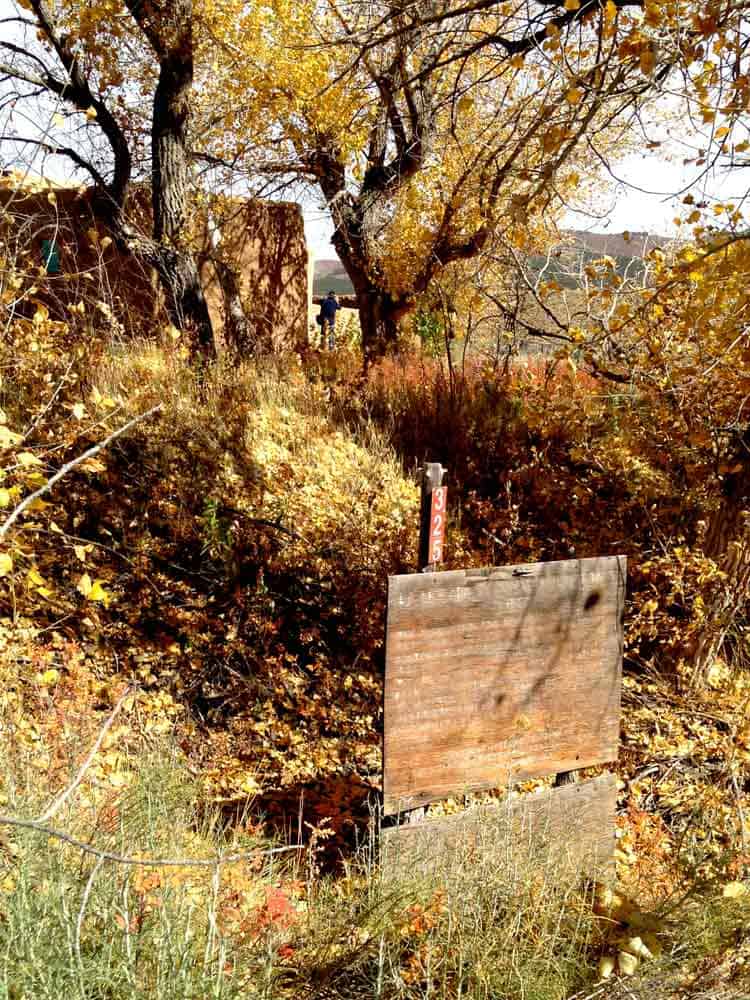 An SX-70 Polaroid of the Taos Morada shot in the early 1980s by Harold Joe Waldrum: 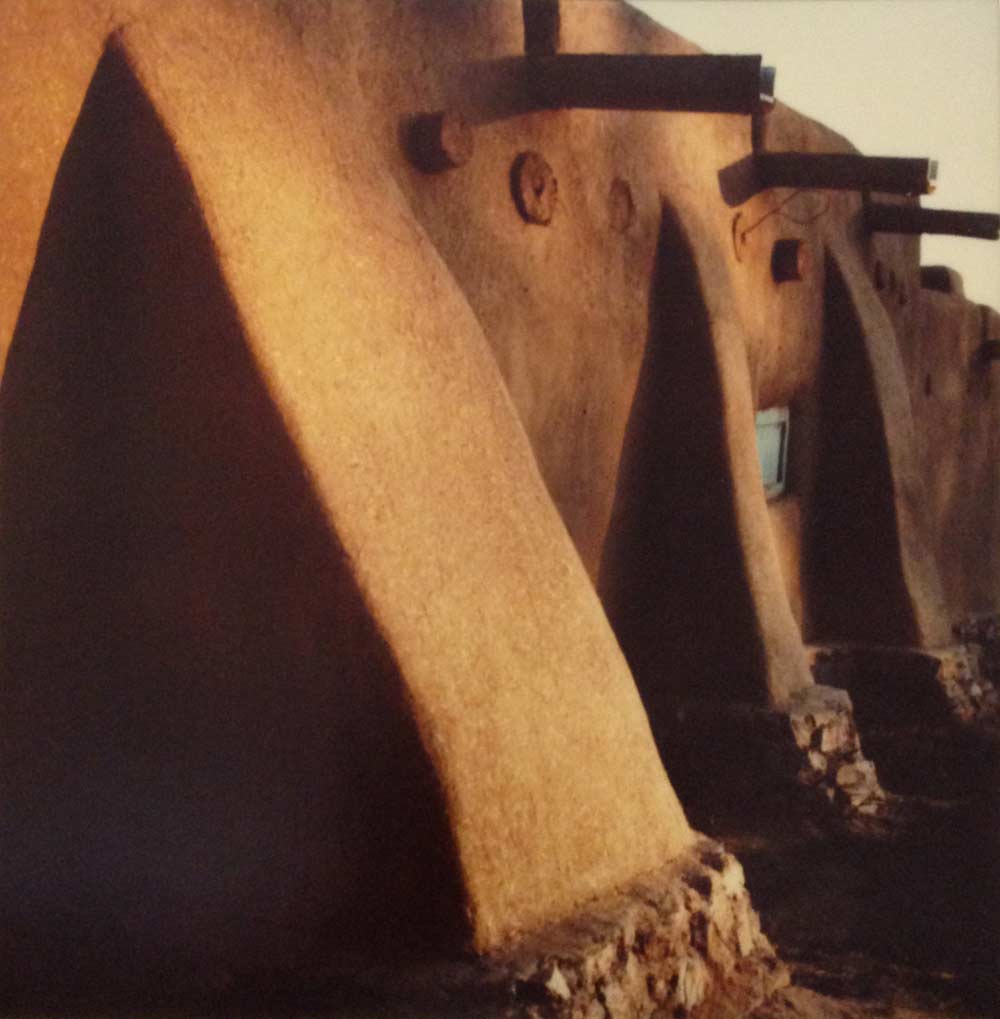 Waldrum’s etchings of the Taos Morada:
Source for the following content: Church Finder

Land was granted for Taos Morada and the Calvario in 1797-1798 by the religious and administrative officials of the Taos Pueblo. The property was to be used by Hermanos for religious purposes. Taos Morada was fully completed in 1834 and was led by Padre Antonio José Martínez.

From the 1800s it was a center of Hermanos’ religious activity, based upon practices that originated in Spain. By the 1970s there were only a few remaining Hermanos. In 1977 Taos Morada was sold to the Kit Carson Memorial Foundation against the wishes of Taos clergy, parishioners and Hermanos.

It was listed on the National Register of Historic Places and received monies from the National Park Service, the state Historic Preservation Office, and CETA funds for the restoration of Taos Morada to its state during the mid-1800s. The restoration, though, did not allow for religious devotions by Hermanos.

In 2005 the museum board agreed to sanction certain devotional exercises, which began April 11, 2006 during Holy Week for Hermanos from Northern New Mexico Moradas. In or after 2008, the Morada became the property of the Catholic Our Lady of Guadalupe Church in Taos and the Archdiocese of Santa Fe. In 2010 a statement by an archbishop claimed that no Hermanos services would be held until he consecrated it.

Taos News, “My Turn” by David A. Fernandez de Taos