Story of a Gun Fight

Joe Waldrum has only been in jail one time. The Santa Fe Reporter headline read:

I was in Mexico when I learned what the Reporter had done. I had granted the interview with the proviso that the interview would not be reported until after the grand jury had heard the case. I didn’t know that reporters were without probity, and I have not trusted a reporter since then.

There are no photos of my Gusano studio. They were burned in the fire. Twenty-five years of paintings and drawings were burned in the fire. Years of scoring music and my full-scores of John Philip Sousa’s marches were burned in the fire. Everything I owned, except what was in my van, was destroyed in the fire which gutted my studio the night after the gunfight and there wasn’t much in the van. Now the van was full of bullet holes; it was very school-bus yellow, and everywhere I drove in Santa Fe I ran into brothers and friends of the deceased. We finally hid the van in a locked garage on Cerro Gordo and I left Santa Fe for Presidio, Texas, crossed the Rio Bravo, took the train from Ojinaga to Chihuahua, took another train to Los Mochis, and found myself on a bus headed for Topolobampo, Sinaloa, Mexico.

Topolobampo didn’t have a hotel which was why I returned up the coast to Los Mochis; but only the FBI, my attorney, and the sheriff from San Miguel County knew where I was. My friends believed that La Mano Negra wanted to kill me; my attorney wanted the police to believe the same thing; and everybody wanted me out of Santa Fe. I still believe I was the only sane person in that entire episode, but I didn’t know how to alter the conjectural nonsense my friends were projecting on me. Their vicarious thrills were coming at me as fast as the bullets had come at me in the gun fight. That’s the way it was during the summer of 1976. 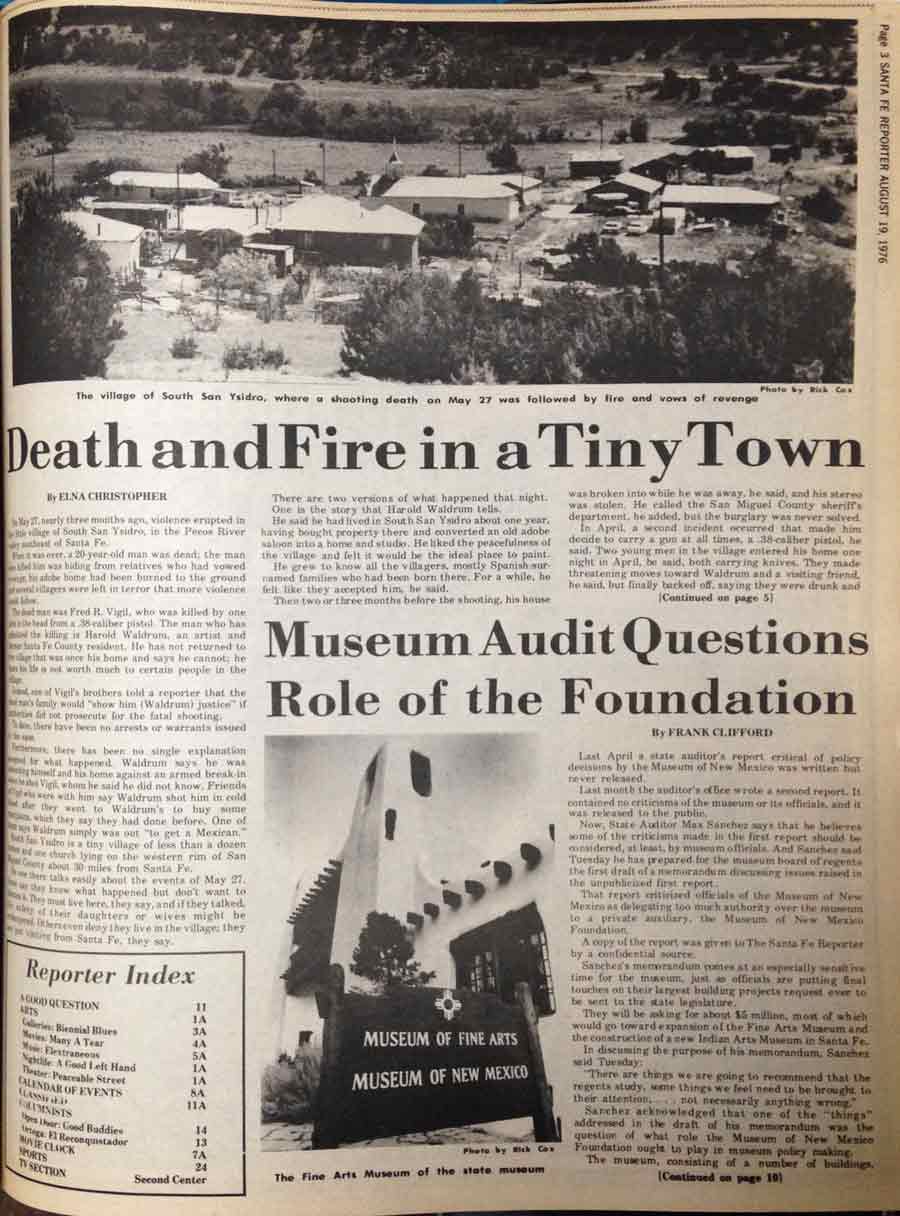