I’ll Be Played By Brando 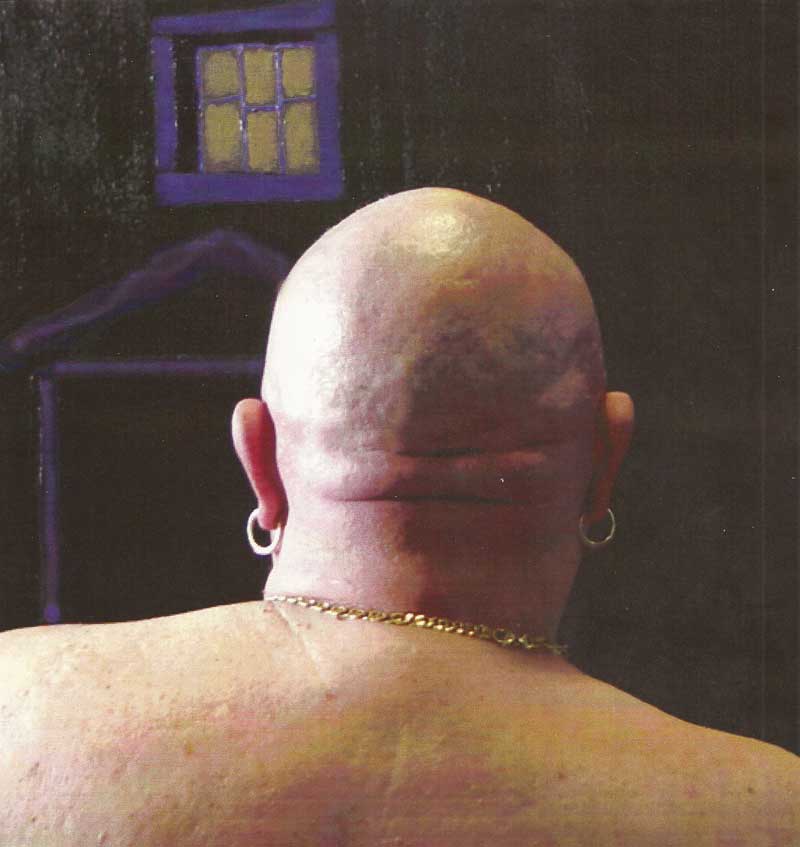 From the late 1980s through the end of his life, Waldrum worked on and talked about a manuscript, which he hoped would one day be made into a movie. He sent countless copies to friends and acquaintances, always expecting feedback, always hoping the manuscript would end up in the right hands and find its way to feature filmdom. Or to a library.

The manuscript tells a story, partly true and partly fictionalized, that’s wrapped around an account of one particular event in Waldrum’s life, a life-changing experience he had in 1976.

Waldrum said that when the film was made, the best person to play his character would be Marlon Brando.

The similarities between this photo (the back of Waldrum’s head as he looks at one of his paintings) and Brando in scenes from “Apocalypse Now” were pointed out to me recently by a friend.