The photos shown here were shot in the early ’90s at the ranch on Ladron Mountain (south of Socorro New Mexico) as part of Harold Joe Waldrum’s Ando en Cueros project. All photos used with permission from Charles R. Rushton. 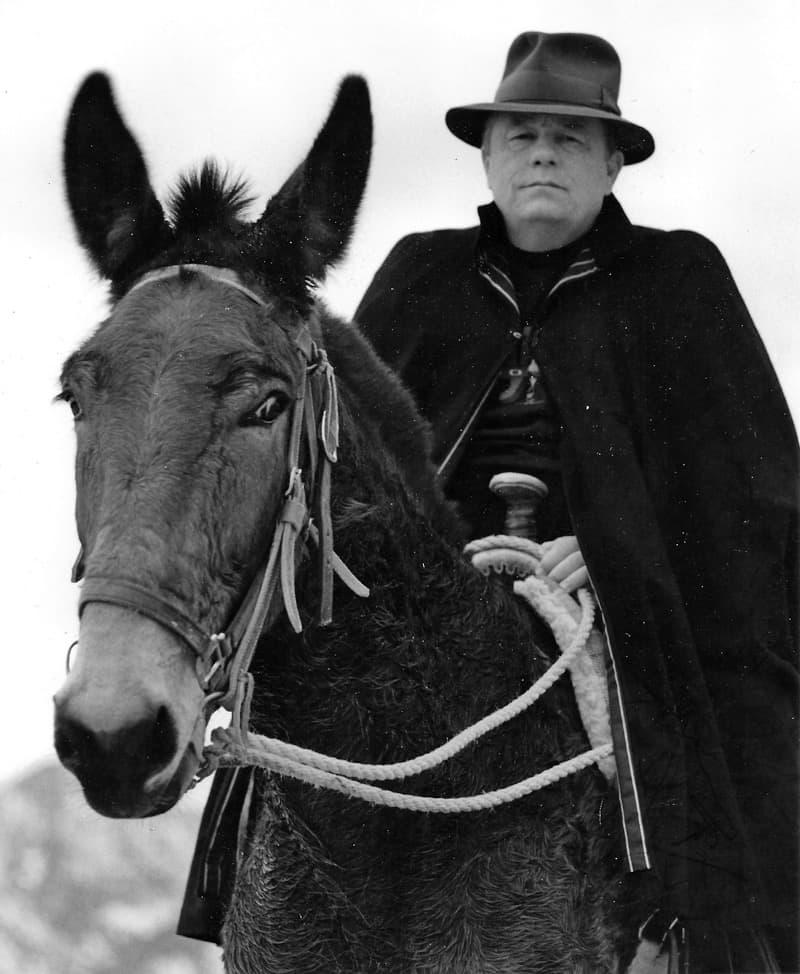 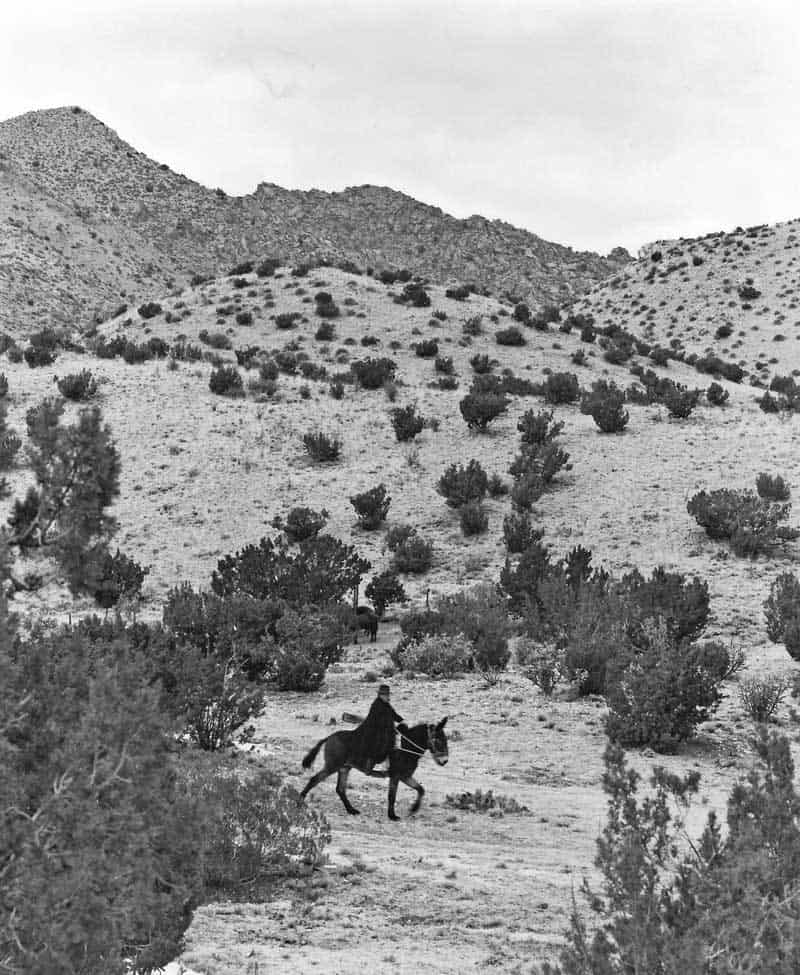 An essay by Harold Joe Waldrum from Ando en Cueros.

When my analyst in New York identified me as socially schizophrenic, I felt better knowing my malady had a name; and when I first saw the mountain range of the thieves (La Sierra de Los Ladrones), I felt better knowing there was a place for the socially schizophrenic to live. I adore aloneness and moved to Mountain Ranch for the solitude; but with the mountain so visible to everyone from Socorro to Albuquerque, yet so mysterious and remote looking, there is a profusion of stories that attract snoopers and a steady stream of treasure hunters.

There is a cave above the waterfall in Grape Canyon where the loot from several train robberies is hidden. There is a cache twenty paces north of the giant alligator juniper that grows in the arroyo east of the quartzite mound. There is a cave where a cold wind flows from the opening except when the bats fly out in the evening; it contains the booty from a military shipment of gold and silver. There is an adit too small to crawl into, but when a stone is rolled into the adit, the stone rolls down an incline until it eventually clanks against metal…Old Spanish armor?

One of my favorite tales was recently related to me by a man I found pacing in my front yard. Obviously pumped up with adrenaline, he claimed to have been looking for two gigantic stones bigger than a gymnasium. They supposedly hide a secret passageway that leads to an enormous underground lake, around which there are Aztec altars with religious articles of pure gold, lying out in the open.

This realm of myth is hilarious, especially the stories that insinuate that thieves were economically bright people with frugal and temperate ways, who saved for their latter years by hiding their ill-gotten gold, silver and money in caves and other dark places around the mountain.